"Pounding percussion, dexterous guitar runs, and an overall sense of well-constructed madness permeate throughout 'Weaponization of a Star', an instrumental effort from Sacramento-based group Ghost Color. Rhythm and melody remain consistent in tone throughout, resulting in a hypnotic effect that often appears in some of the band’s favorite genres, including shoegaze and post-punk. Their adoration for various styles results in a sound not too distant from spacey and intricate math-rock or prog-rock, with clanging and swift guitar lines often taking turns with blasts of distortion for a feeling of sustained enthrallment."

Ghost Color is doomed to come to an end someday. all bands are. The difference with Ghost Color is that they know it. Which is why Chris Winstead (Drums/Main Vocals), Bryan Harty (Bass/backing Vocals), and Eric Davis (Guitar) concentrate only on making the music they want to make, the way they want to make it. With a full understanding that you should only do the best you can with the time you've got. However much time that turns out to be.


The Northern California Rock Trio makes songs with huge, thoughtfully placed amounts of rhythm and melody deftly constructed into strikingly compelling music over meaningful lyrics. Ghost Color's sound is as much influenced by shoegaze's distorted, droning wall of sound as they are by the Blue's honesty, jazz's need to explore and push the boundaries, Post-Punk's explosive power, or a singer/song writer's need to be honest and heartfelt. All focused into songs that turn out to be interesting yet accessible Rock&Roll. 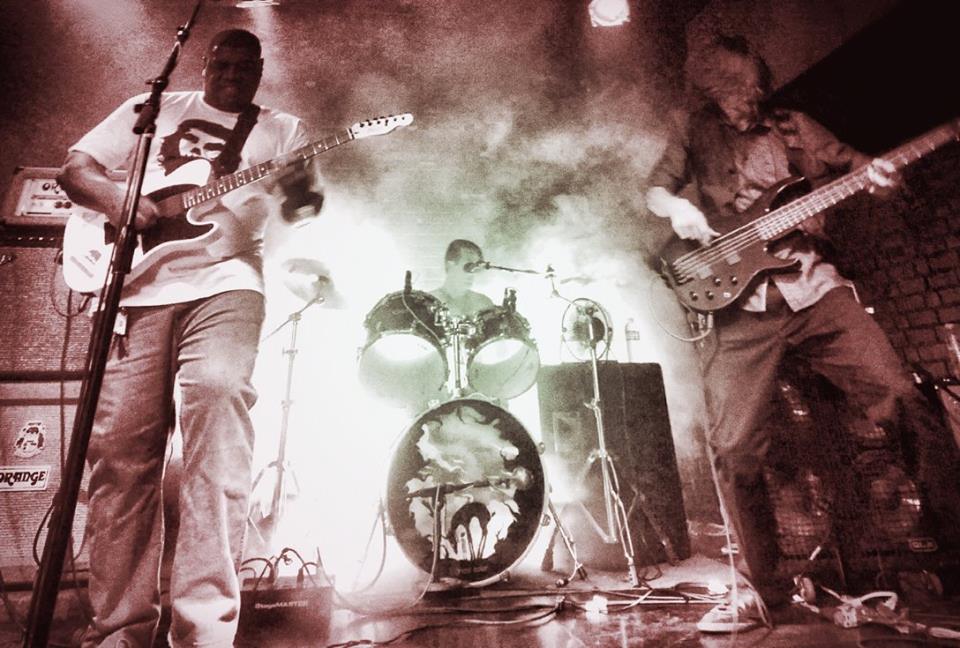 The band released its first single 'This is Nighttime' in Nov. of 2014 and quickly followed it up with an EP, and two more singles by July 2016. The band's quickly growing fanbase is a testament to their ambitiousness and belief in a good old fashion DIY attitude. Ghost Color's philosophy of "Do it. Do it right. And do it RIGHT NOW" is reflected in their need to release songs, put on great shows, and to do both as smartly and frequently as they can, while they can.

We won't share, sell, or be jerks with your email address.